Re lent less “Take Me Instead” (HelloCover)

One thing i know about the artist Re lent less he goes hard and keeps it 100. Im not gonna sit here and try to critique him but rather invite you to take a listen and see for yourself …. I REALLY CANT SAY IT ANY BETTER WAY…Salute  from BISHOPDEVILLE.COM 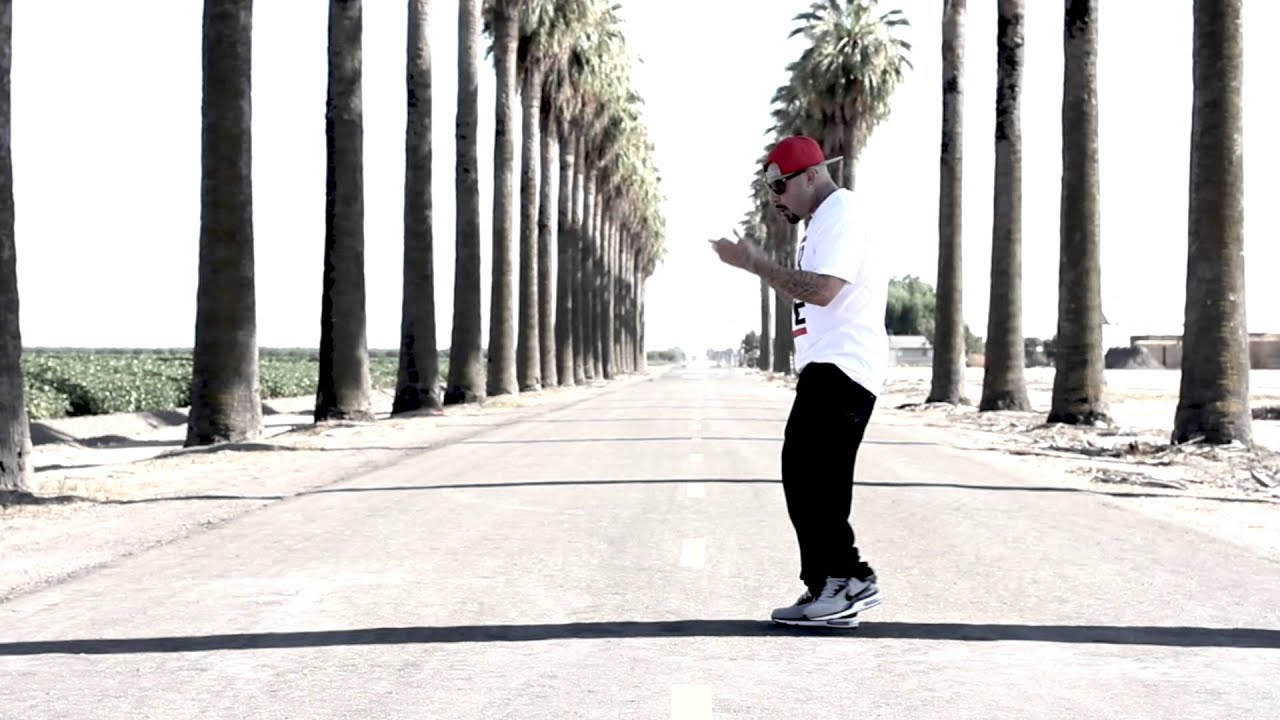 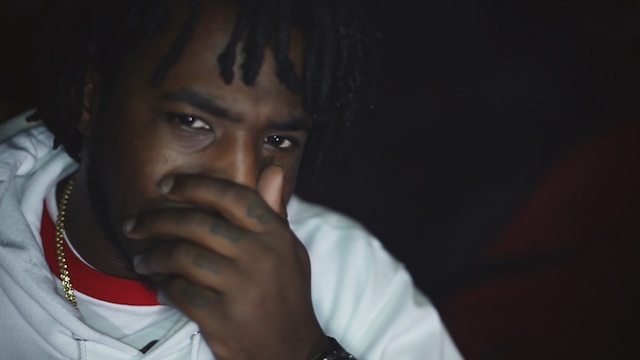 Slap on a beat on real quick, June. I want to drop something right now, you feel me?”

A synthesizer melody creeps through the Northgate studio, a dimly lit room thick with marijuana smoke. It’s a recent weekday afternoon and the Sacramento rapper known as Mozzy is perched on the arm of a weathered couch. Cradling his note pad in his lap, he begins to jot down the words running through his mind. His producer, JuneOnnaBeat, fine tunes the music as a single line of lyrics blossoms into a full page of verses.

This is Mozzy’s moment, a chance to ascend from the streets to stardom. He released four solo albums in 2015, and one of them, “Bladadah,” nabbed the No. 22 spot in Rolling Stone magazine’s “40 Best Rap Albums of 2015.” Complex magazine described Mozzy as having “the best run of 2015” and noted his lyricism “in which lines move at sharp angles and pierce the listener’s mind.”

But as Mozzy shakes his short dreadlocks to the beat, all he can think about is “the struggle.” He knows performing in his own hometown could prove fatal, and that some people would rather see him dead than topping the album charts. Real-life shootings have followed his music – specifically the track “I’m Just Being Honest,” which calls out a local rival.

“Where I come from, you go to a show, people die,” Mozzy said. “It’s inevitable. (But) I’m in this business for longevity. I’m trying to succeed. I’m trying to win.”

Where Mozzy comes from is Oak Park, and his lyrics both embrace and mourn the do-or-die ethos of the neighborhood’s gang life. Other artists have tackled such stark street drama, but Mozzy’s lyrics transcend the usual do one-dimensional world of gangster rap in a way that’s genuine and unexpectedly emotional. At 28, he’s somewhat of a late bloomer in the world of rap, but his age lends a been-around-the-block resignation that’s displayed in verses Rolling Stone described as “full of rigorous discipline.”

In the 2015 track “Stranger to the Pain,” he raps: I feel ashamed I’ve done nothing for my race / All this Black-on-Black crime taking place / They took my lil’ brother, can’t nobody take his place / I think revenge when I visualize his face

“It’s like I’ve got a shoebox of obituaries, and they’re all young,” Mozzy said. “They all died due to gun violence. I can’t go a day without reflecting on this. I didn’t expect to be here at this age.”

Before he was Mozzy, he was known as “Lil’ Tim,” short for Tim Patterson. He spent most of his youth living with his grandmother in Oak Park as the drug trade embedded itself in his tneighborhood and claimed family members. His father spent much of the late 1980s and early 1990s in trouble with the law, including prison sentences for robbery and drug possession.

Mozzy recalls those early years during an interview at the office of Black Market Records, the Sacramento label that releases some of his music. “It was the dope era,” he said. “My whole family, as far as the male figures, went to jail behind dope. My childhood in Oak Park was luxurious. But emotionally, I was devastated. Pops was in jail. Ma was on drugs.”

Mozzy credits his grandmother, Brenda Patterson Usher, for his work ethic. She was a member of the Black Panther Party and Nation of Islam, and a strict disciplinarian around the house. Family and friends often refer to her as “Boss.”

“In my home, it was like boot camp,” Patterson said. “You had to get up and clean up, do your chores, be obedient. I had him involved in a lot of programs that were rhetorical. He would write his own poems and speeches, and we went to a lot of these little shows where he was dressed in a suit, and he said what he had to say.”

At age 11, Lil’ Tim stepped in a recording booth for the first time. The invite came from his uncle, Genaro “GP the Beast” Patterson, an up-and-coming rapper who would later be featured on a 2004 Death Row Records compilation, “Too Gangsta for Radio.” After that, Tim Patterson was hooked.

He attended neighborhood schools, including Kit Carson and Sacramento High, and ultimately earned a GED. He worked a variety of jobs, including delivering newspapers and working at a Togo’s sandwich shop. And he kept rapping. However, the subject matter of his early lyrics – Gospel raps and pleas of “stop the violence” – turned into hardcore reflections on his neighborhood, home to Oak Park Bloods, Fourth Avenue Bloods and Ridezilla, all gangs Mozzy references in his music. (Mozzy declined to talk specifically about gang membership.)

He ended up ditching day jobs to focus on his rap career. But he wasn’t making much noise as “Lil Tim.” Momentum shifted when he started rapping under the name “Mozzy” in 2012. The name is slang for “mozzarella,” which in turn means “money.” The name also operates as an acronym, a kind of insider speak signifying a life dedicated to the hustle: “Money Over Zerry Zang Youngin’.” Translation: “Money Over Every Thing Youngster”

Mozzy had his breakout year in 2015. The buzz spread from the avenues of Oak Park to the Bay Area and then beyond, through solo albums such as “Bladadah” and “Yellow Tape Activities.”

Michael Colen, who raps under the name First Degree the D.E., has tracked Mozzy’s rise. Colen, who once tried to broker a truce between local Crips and Bloods gangs, said Mozzy’s music is resonating in a way that hasn’t been seen in Sacramento for years.

“They’re talking about him in other places – it’s not just our state,” Colen said. “There’s so much unrealness out there, and everyone is looking for the next ‘real.’ Someone who’s authentic like that will rise to the top of the pack, especially in this day and age. He is the streets.”

Cedric Singleton knows a rapper like Mozzy could mean big money in the bank. As the head of Black Market Records, Singleton launched the most successful rappers from Sacramento, including the million-record-sellers Brotha Lynch Hung and C-Bo.

But those albums were released 20 years ago. Since then, Sacramento has become “a forgotten rap city,” according to Rolling Stone.

Previously, Sacramento had been synonymous with a hardcore brand of gangster rap featuring imagery derived from horror movies. However, Mozzy’s approach is more relaxed and less gore-obsessed when compared to the rapid-fire delivery of Brotha Lynch.

THERE’S SO MUCH UNREALNESS OUT THERE, AND EVERYONE IS LOOKING FOR THE NEXT ‘REAL.’ SOMEONE WHO’S AUTHENTIC LIKE THAT WILL RISE TO THE TOP OF THE PACK, ESPECIALLY IN THIS DAY AND AGE.
Rapper and industry observer Michael Colen

Singleton said Mozzy is receiving offers to perform around the country and in Europe, but his opportunities are limited due to his criminal record. He reports to a probation officer and can’t leave California without permission due to a 2014 conviction on charges of gun possession and possession of a controlled substance. Court records also show Mozzy was arrested three times between 2005 and 2008, including charges of evading police and carrying a loaded firearm.

Mozzy has said that he charges $3,500-plus per show; if his star continues to rise, he could make 10 times that amount in the near future.

“The only thing he has to do is manage his life, stay alive and out of trouble,” Singleton said. “If he can do that, with his work ethic, the sky’s the limit.”

Singleton’s office, located in an otherwise nondescript building in North Sacramento, is not far from the site of one of the most infamous incidents related to Mozzy’s street legend.

In March 2014, one of Mozzy’s associates, Billydee “Kill Bill” Smith, was jumped inside an Arden Fair mall shoe store by Starz Up gang members from the Mack Road area. The incident occurred 10 days after Mozzy released “I’m Just Being Honest” with Bay Area rapper Philthy Rich. The ominous track stoked a longstanding feud between Oak Park and Mack Road area gangs, and included taunts to “The Jack” – the street term for Mack Road. The lyrics also targeted the alleged leader of Starz Up, Lavish D a.k.a Donald Oliver.

The mall fight was captured on cellphone video by Oliver and uploaded to YouTube. The video was also broadcast on the rap music website siccness.net under the title “Lavish D and crew catch a Mozzy member in Arden Mall.” Over the following 48 hours, authorities linked six shootings to fall out from the Arden mall fight, including a drive-by shooting that left three people injured in Oak Park.

When reached for this article, Sacramento police declined to elaborate on any connection Mozzy may have to local gang activity.

Oliver and three others were arrested for their roles in the mall fight, which recently was part of a MSNBC “Lockup” episode that focused on the rivalry between Starz Up and Oak Park’s Ridezilla gang. Oliver is currently serving a six-year sentence, which included charges from the Arden mall fight and a separate case in which he was a passenger in a car where police found a loaded handgun.

Because of his notoriety, Mozzy said he prefers to spend more of his time in the Bay Area than in Oak Park. “You can’t always drive your car, you can’t go to the mall by yourself, you can’t take your daughter to Chuck E. Cheese in Sacramento,” Mozzy said. “If they catch me up at Chuck E. Cheese, there’s going to be 20 cars waiting outside for me to come out.”

Back at the smoky studio, Mozzy is surrounded by members of his entourage and others who share a form of the Mozzy moniker: his cousin, E Mozzy; and Hus Mozzy, who recently released his own album.

“ ‘Mozzy’ is bigger than me,” Mozzy said. “That was the whole objective. This is a movement. ‘Mozzy’ means money, and I’m pretty sure you wake in the morning and get your money. Everyone’s Mozzy, then.”

Mozzy’s recent music has stayed away from the taunts and more specific tales of Sacramento gang politics; instead it speaks of criminal life in more general terms. He said he tells his crew to avoid drama, but it still follows them. Mozzy said he hopes to be off probation in a year, but the exact length will depend on staying out of trouble during upcoming months.

“We got the ball in our court,” Mozzy said. “We’re up right now. We’ve been foaming out the mouth for this.”

Another full-length album is expected in the spring from Black Market Records. There’s also talk of Mozzy collaborating with the gospel singer Yardley Griffin, a way to showcase Mozzy’s flexbility and reconnect him to his roots. The gangster rapper in a song that preaches the glory of God – it’s the kind of conflict that defines him.

“I’m a hypocrite, I’m a contradiction,” Mozzy said. “Sometimes I’ll be on my black history, sometimes I’m like f— the world. I go through different phases of my life. Sometimes I’m sad, I’m sick, I’m on drugs, I’m depressed. I’m just going through it. I’m human.”