As confirmed by Rolling Stone, R&B singer Clarence Reid—probably better known as the masked rapper Blowfly—has died. He had recently been admitted into a hospice and was suffering from liver cancer and multiple organ failure. He was 76.

Reid got his start in the music industry in the ‘60s and ‘70s, writing normal R&B songs for acts like Betty Wright, Bobby Byrd, and KC & The Sunshine Band. However, as noted in the 2011 documentary The Weird World Of Blowfly, he developed a fascination with parodying popular songs as a child, replacing their lyrics with significantly more explicit versions. His initial goal was apparently to annoy his bosses at the farm where he worked, but—foreshadowing his future career—they actual loved his takes on the songs.

In 1971, Reid decided to take this hobby and make a full album of dirty songs, releasing it under the pseudonym “Blowfly” and donning a mask on the cover to protect his normal career. That album, The Weird World Of Blowfly, was a relative hit at the time, especially considering the small audience for sexually explicit proto-rap music in 1971, and though Reid continued writing and releasing R&B songs under his own name, his comedic persona really took off and he released 25 Blowfly albums over the next few decades. These included 1980’s Blowfly’s Party, 1987’s Blowfly And The Temple Of Doom, 1999’s Blowfly Does XXX-Mas, and 2012’s Black In The Sack.

Tom Bowker, one of Reid’s longtime collaborators, posted a tribute to his friendon Facebook, thanking Reid’s fans for supporting his “50+ year music career” and promising tribute performances—presumably from the generations of rappers and hip-hop fans who were influenced by Blowfly. Rolling Stone also says that Bowker believed Reid would release one last album this year, titled 77 Rusty Trombones, but it’s unclear if it was actually written or recorded before his death.

The band posted a statement on its Facebook page, listing “complications from rheumatoid arthritis, acute ulcerative colitis and pneumonia” as the causes of death. Frey had disclosed the problems back in November, when the band were forced to pull out of attending the Kennedy Center Honors ceremony because he required major surgery

Born on Nov. 6, 1948, Frey began playing in bands in his native Detroit in the mid-’60s. Shortly thereafter, he moved to Los Angeles in the late-’60s, when he met J.D. Souther and Jackson Browne. When Souther’s then-girlfriend, Linda Ronstadt, needed a new backup band, she hired Frey, drummer Don Henley, bassist Randy Meisner and guitarist Bernie Leadon. The chemistry was so good that, after their 1971 tour, the four of them broke out from under Ronstadt and called themselves the Eagles.

The band were successful from the get-go. Their first single, the Frey-Browne co-write “Take It Easy,” reached No. 12 and set the template for the band mix of country-rock with pitch-perfect harmonies. Frey’s smooth vocals contrasted perfectly with Henley’s rasp, giving them the same blend that made the Beatles so successful. 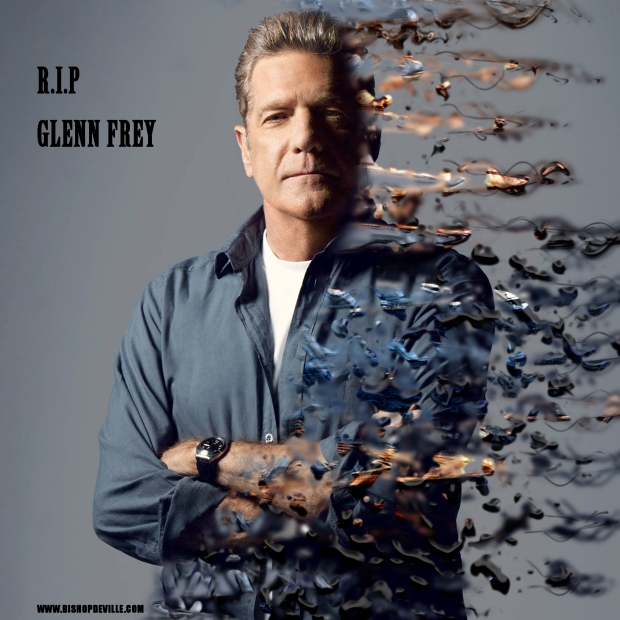 Chart-topping R&B singer Natalie Cole, who followed her legendary father into the music business with hits like “This Will Be (An Everlasting Love)” and “Unforgettable,” died at age 65.

“Natalie Cole, sister beloved & of substance and sound. May her soul rest in peace,” tweeted the Rev. Jesse Jackson on New Year’s Day.

Cole, who had struggled with a variety of health issues in recent years, died Thursday night, according to publicist Maureen O’Connor. The cause of death was reportedly congestive heart failure.

A physically weakened Cole, winner of nine Grammy Awards, was forced to cancel a string of concert performances over the last three months after a recurrence of hepatitis C linked to her earlier drug abuse.

The daughter of music icon Nat (King) Cole scored a huge 1991 hit with “Unforgettable” — a virtual duet with her late father. Natalie was just 15 when her father died in 1965, a decade before his daughter launched her own solo recording career.

The album “Unforgettable … With Love” spent five weeks at No. 1 on the pop charts, sold more than 14 million copies worldwide and won six Grammy Awards.

But her career exploded with her 1975 debut album that included the massive hit single “This Will Be (An Everlasting Love)” and a pair of Grammys for Best New Artist and Best Female R&B Performance.