Hip Hop, R&B and even hip hop fused with EDM festivals are everywhere. It’s hard to know what’s worth attending. We’ve created our list of our favorites so you don’t have to do all the legwork to find something hot to attend or spend your day digging through Music Festival Junkies trying to discern what’s hip and what’s not.

Taking place in Tennessee, Bonnaroo is replacing Coachella as the festival to be at. In 2014, Wu-Tang, A$AP Rocky, Wiz Khalifa, Pusha T, Ice Cube, Lauryn Hill and R.Kelly were amongst the best performers. The best part about Bonnaroo? It’s still under 100,000 attendees and reasonably priced for a multi-day pass. Photo: Bonnaroo Instagram

MADE IN AMERICA FESTIVAL

In 2013, Jay Z partnered with Budweiser to create a two-day music festival called MADE IN AMERICA. The festival was originally held in Philadelphia only. It expanded to Los Angeles this year and featured Meek Mill, Kanye West, Drake, Iggy Azalea, YG, Nipsey Hussle, and Hit-Boy, Chance the Rapper, DJ Mustard and many more. Photo: Made In America Instagram

While on Hiatus this year, Rock the Bells is a staple in hip hop. The four-city event started 10 years ago and only supports hip hop music artists. Drake, Jay Z, OutKast, Lauryn Hill and many others have performed in the past. Hopefully it’ll return in 2014.  Photo: Rock The Bells Instagram

Founded in 2006, by Murs, Paid Dues is an all-day, 10-city outdoor live music event packed solely with underground hip-hop acts. Paid Dues was unable to happen in 2014, but Murs ended up curating the Sunset Strip Music Festival as an extension of his original show. Murs says Paid Dues will return 2015.

The Sasquatch! (yep, named after Big Foot) Festival started in 2002. It’s a three-day event that features a wide variety of music but the notable hip hop performers makes it a heavy hitting festival for the Pacific Northwest area. ScHoolboy Q, Mos Def, OutKast, Kid Cudi, Tyler the Creator, Chance the Rapper, The Knix, Shabazz Palaces, Drake and many more have take the stage more than once. Photo: Sasquatch Instagram

STRANGE MUSIC FANS LET IT BE KNOWN.I RECENTLY HAD A HEATED DISCUSSION WITH A LAME BROAD WHO INFORMED ME THAT “TECH N9NE THE GOD” WOULD NEVER BE PART OF ANY OF THE LAME BAY AREA RAP SCENE.MORAL OF THIS STORY DO YOUR HOMEWORK YOU DUMB BITCH …YEEEEEE

Yukmouth is CEO of Smoke-a-Lot Records, which is distributed by Rap-a-Lot Records. The label is home to established artists such as Luniz, Dru Down, Thug Lordz (Yukmouth & C-Bo), The Regime, and Yukmouth himself. It should be noted that The Regime is a large collective of MCs including Tech N9ne, Tha Realest, Dru Down, Gonzoe and Messy Marv among various others. It is home to new comers Ampichino, Nyce, Young Dru, and Marc Shyst. Attached to the label as In-House DJ is former Cali Untouchable DJ, DJ Fingaz

Ariana Grande has a big problem with boyfriends screaming from the mountaintops that she has a priceless p***y … which is why she says she called it quits with Big Sean.

Sources connected with Ariana tell us … the last straw was when Sean dropped his track, “Stay Down,” in which he raps:

I ain’t even gonna lie, I got a million dollar chick
With a billion dollar p****y
Every time I c*m, I swear to God I feel like I be rich

We’re told Ariana felt humiliated because Sean was treating her like a piece of meat. Ariana’s grandmother came to her and asked about the lyrics, which was especially embarrassing.

But there was plenty of tension leading up to the song. Sean claims she made him pay for all sorts of extravagances. But our Ariana sources say SHE is the one who foot most of the bills, including vacations and private flights.

As we reported, Sean complained that Ariana didn’t show up for his big House of Blues performance in February because she selfishly cared more about her Grammy’s performance the following day.

But our Ariana sources say it was Sean who was self-absorbed. Ariana’s Grammy performance was live and during the day on Saturday when she rehearsed her voice was strained and her vocal coach ordered her not to even speak for the rest of the day, and Sean got pissed.

As for Sean saying Ariana set up the Bieber stage grab to humiliate her, Ariana says it’s total B.S. … they were already broken up and she did NOT ask Bieber to engage in a stunt.  And she says Sean never even brought it up.

When Tidal made its big media push at the end of March, the core message was clear: while other streaming music services like Spotify and Pandora pay a pittance to artists, Tidal offers musicians a better deal. Unfortunately, Tidal also opted to use super stars like Nicki Minaj and Beyonce as spokespersons for the app. The result was the ultimate mixed message: You should feel sorry about how little money Nicki makes.

Two weeks after Tidal briefly cracked the U.S. iPhone top 20 download chart, the app has crashed out of the top 700. Apparently American consumers have limited empathy towards Beyonce and Nicki. Soon after the launch fiasco, Tidal’s CEO was kicked out in a “streamlining” move.  The new CEO Peter Tonstad, a former consultant for the Norwegian Ministry of Environment, has his work cut out for him.

To make matters worse for Tidal, its main rivals are now surging. On April 20th, Pandora and Spotify occupied positions No. 3 and No. 4 on the U.S. iPhone revenue chart, respectively. This was the first time two music streaming services have hit the top 4 in sales simultaneously. In order to achieve the feat, Pandora and Spotify had to push Candy Crush Saga out of U.S. iPhone top 4 revenue chart, which is a remarkable achievement.

As a matter of fact, something curious can be seen in Spotify’s download performance right after Tidal media campaign started bashing its allegedly meager payouts. Spotify surged back into the iPad top 40 download chart on March 31st, right when Tidal’s anti-Spotify invective hit its peak in American media. This had not happened since November 2014.

It looks like Tidal’s attacks on Spotify and Pandora actually managed to increase public awareness of the services, boosting Spotify’s download performance in particular at the end of March. And now, a few weeks later, the combined revenue performance of the two music apps is hitting a new milestone. To add insult to injury, Beats Music has started cracking U.S. iPhone top 20 revenue chart.

This is the problem with attacking popular apps – negative media coverage often ends up just boosting them. Twitter rode a flurry of mocking or downright hostile news items to mainstream success. Snapchat leveraged sexual panic of US media about naughty photos to becoming a teen obsession. You can’t badmouth a strong app into a decline. In the hyper competitive app market, any media attention buoys apps with genuine consumer appeal.

Tidal is now facing no fewer than three deep-pocketed rival music apps and they’re all minting money and riding strong momentum. The new CEO must somehow find a way to mop up after the ill-advised March launch and find a way to reposition Tidal in a crowded market… preferably by not trying to make consumers feel bad for multimillionaires. Or giving its rivals extra attention.

MIAMI — Rap mogul Bryan “Birdman” Williams is settling some of his IOUs, if you believe Miami-Dade County records.

Williams, the co-founder of the Cash Money Records label of Lil Wayne and Drake and Tyga and Nicki Minaj, finally made whole the construction company that renovated the mansion he bought on Palm Island for $14.5 million.

According to records, the fancy Zankey Construction Corp. cleared a series of liens it had on Williams’ island home since last year.

Birdman still has some checks to write, however.

Williams was just tagged by the Internal Revenue Service for alleged non-payment of $1.92 million in income taxes between for the years 2007 through 2010, according to public records.

The taxman liened the Palm Island house until he pays up.

And then, there’s what he owes the condo association at The Ivy in downtown Miami.

If you believe another lien filed against the rap entrepreneur, he hasn’t been paying the maintenance fees on a $330,000-condo he owns there for 15 months!

Including late fees, legal fees and other charges, Williams owes $12,447!

WHY WOULD A MEMBER OF THE CAST OF CABLE TELEVISIONS TOP SHOWS RISK THE PAWN STARS NAME TO MAKE A CAMEO APPEARANCE IN RICK ROSS’S NEW VIDEO ?

Austin Russell, more commonly known by his nickname, Chumlee (born September 8, 1982), is an American reality television personality, known as a cast member on the History Channel television show Pawn Stars, which depicts the daily business at the Gold and Silver Pawn Shop in Las Vegas where Russell works as an employee.[2][3] Chumlee came to work at the pawn shop five years before filming of the first season,[4][5] having been a childhood friend of Corey Harrison,[2] whose father, Rick Harrison, and grandfather, Richard Benjamin Harrison, opened the shop in 1989 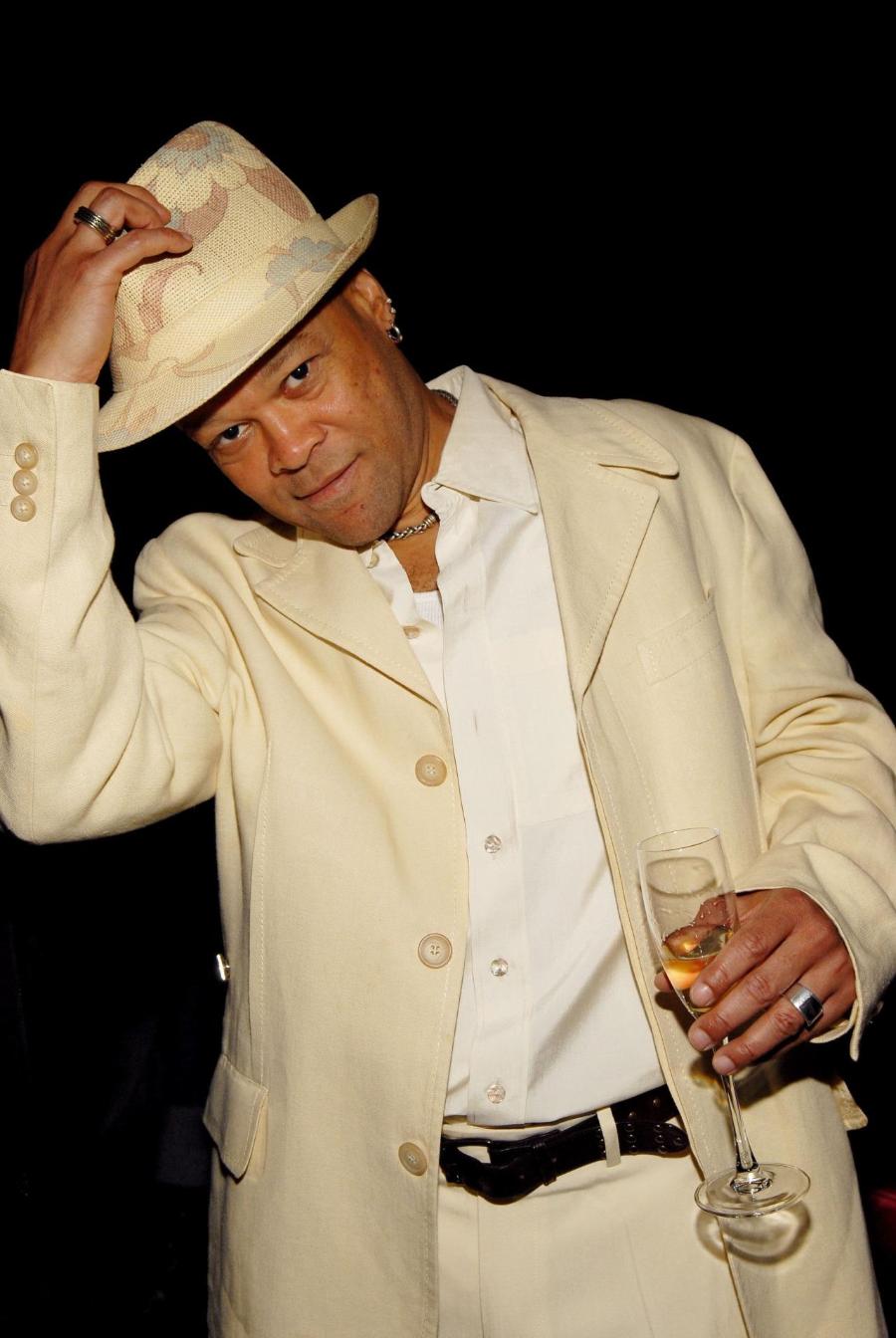 KINGSTON, Jamaica (AP) — Bahamian R&B singer Johnny Kemp, who is best known for the hit song “Just Got Paid,” has died in Jamaica. He was 55.

Jamaica police said Friday that Kemp was found floating at a beach in Montego Bay on Thursday morning. It had not yet been determined how he died.

Police said Kemp arrived in Jamaica on a cruise ship but added that they did not have further details. 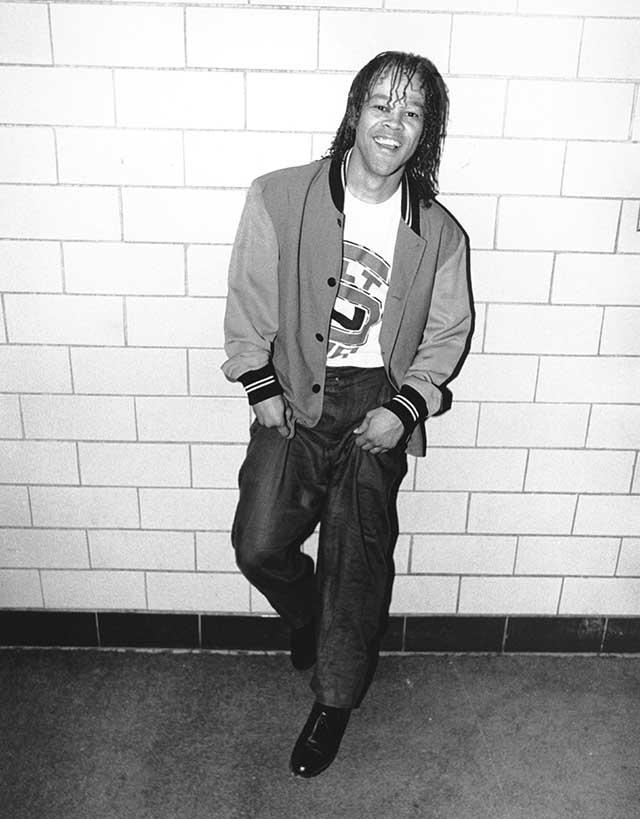 Reach Media Inc. said Kemp had been scheduled to be on a Caribbean cruise this week, but the U.S.-based parent company of the “Tom Joyner Morning Show” said it did not have further details.

Kemp was nominated in 1989 for a Grammy Award for “Just Got Paid” in a category that included Bobby Brown and Luther Vandross. The song was a No. 1 hit on the U.S. Billboard R&B chart.

Kemp appeared on a 2007 Keith Sweat DVD called “Sweat Hotel Live” and had been performing at musical events across the U.S. in recent years.

Three 6 Mafia rapper Crunchy Black is a man who knows what he wants when it comes to drugs … but according to cops he isn’t too good at getting it.

Law enforcement sources tell TMZ the Oscar winner was roaming the streets of Vegas early Tuesday when he was stopped for walking into an intersection when the “do not cross” light was flashing.

It didn’t take long for cops to discover meth.

According to the police report, Crunchy’s response was hilariously incriminating. He said, “Oh damn. I was trying to buy that powder, not meth.”

For bad measure the ‘Three 6’ rapper also had 2 warrants for his arrest. He was booked for possession and for providing a phony name. He’s still in custody.

Crunchy has other problems. He’s still a wanted man in Minnesota after allegedly beating his girlfriend in a hotel room.

A rep for Crunchy Black tells us the rapper wants to move forward with his life and will handle the charges in court. Some advice … don’t move forward when the “don’t walk” sign is flashing.

thank you tmz for the story