This past week an incredible show of Westcoast Talent in L.A.

The evening of live performances by Hip-Hop’s elite had the packed crowd singing along to hit after hit after hit resulting in a thrilling show for diehard West Coast music fans. The historic event bridged the gap between Northern and Southern California’s major West Coast superstars, highlighting the importance and impact of West Coast Hip-Hop.

Hip-Hop heavyweight Mack 10, who performed and co-executive produced the show along with his business partner Jamie Adler, ensured the show went on without a hitch, telling us;

“The West Coast Fest was a total success. It was a sold out show, full of energy and surprises. I think the audience appreciated getting to see all of their favorite West Coast artists under one roof – young guys and veterans. The sh*t was off the hook.”

by MTV News in Music News

No one would accuse the flamboyant rapper RiFF RAFF of copying another rapper’s style. But apparently, the golden rule about originality doesn’t go both ways. In the recently released movie, “Spring Breakers,” actor James Franco plays a character, Alien, who looks eerily similar to the Mad Decent signee and now the rapper wants his identity back.

Imitation is often the sincerest form of flattery, but Franco scoffed at the idea that his character was based on Raff, instead claiming to draw inspiration for the character from Floridian rapper Dangeruss, a move that likely prompted the Houston-bred spitter to go off script in a recent “Rappers Review Movies” interview with Next Movie.

“Where my lawyer at? James Franco bought the Riff Raff Halloween costume and he decided to glue it to his body,” Raff said before offering up a quick and disjointed review of the Harmony Korine-directed flick. “Man, it’s like people crazy and then people shooting and stuff and then, I pull up in the car, I mean James Franco pull up in the car, and then Gucci Mane—not in the movie enough—he pull up in the tangerine Lambo, but it’s supposed to be more Lambos cause I’m supposed to pull up beside him and then the movie ends and I don’t know what else happened cause I’m waiting for part two still.”

The rapper born Jody Christian then went on an incoherent tirade about the public not knowing who the real RiFF RAFF is due to Franco’s portrayal in the film, running through his purple diamond codeine necklace charm and sneakers as signature insignia for identifying the real RiFF RAFF.

Then, unprompted, the Neon Icon MC then issued a challenge to the Academy Award-nominated thespian to see who should win the role for the movie’s sequel, should there be one. “I challenge James Franco,” Raff said. “We gotta play a one on one game of basketball, we have to have a freestyle battle and have a race, 100 yards, no shoes on. And at MGM Grand, a boxing match, Don King promoting. Winner takes all. He can have all this ice if he wins and he can have my name. Story ain’t done yet.”

Do you agree that James Franco’s Alien character in Spring Breakers was based on RiFF RAFF?

Rapper Gucci Mane has been arrested for allegedly assaulting a soldier earlier this month at an Atlanta nightclub.

The musician, whose real name is Radric Davis, was booked into the Fulton County Jail Tuesday, charged with aggravated assault with a weapon, according to online jail records.

Fulton County sheriff’s spokeswoman Tracy Flanagan said Davis turned himself in at the jail about 11:30 p.m. Tuesday, and will face a magistrate fo

Channel 2 Action News reported last week that Atlanta police had issued a warrant for the rapper following the March 16 incident at the Harlem Nights club on Courtland Street.

The alleged victim told Channel 2 that Davis hit him in the head with a champagne bottle after he asked to take a photo with the rapper.

“I’m in the military. I wanted to get a picture with Gucci Mane, is it okay?” the soldier said he asked a security guard.

“I was speaking to the security guard, and Gucci Mane hit me in the head with a bottle,” the solder told Channel 2.

The soldier told the station that he went to Grady Memorial Hospital by ambulance, and his injury required 10 stitches.

Jay-Z may be a girl’s best friend, but he sure isn’t Paul Anka’s.

Anka, a famed singer-songwriter who penned hit songs including “Diana,” “My Way,” and “Lonely Boy,” had some harsh words for Jay-Z in a recent interview with TMZ.

“I called up Jay-Z because he did a track of ‘My Way’ where I loaned him the track,” Anka explained about his plans for an upcoming “Duets” album. “I wanted to put him in on a rap with Michael Jackson in the middle. I called him up, but Jay-Z has totally blown me off. He won’t answer my calls, he’s inappropriate in his behavior. I love his wife, I think she’s great, but Jay-Z wouldn’t return the call.”

Anka mentioned that the album does include collaborations with both Michael Jackson and Dolly Parton, before adding, “He’s too busy with his clothing line, who knows?”

For more, head over to TMZ.

Just last week I mentioned how fans haven’t seen much of rapper Eminem recently. Now, word is Eminem and Dr. Dre are finishing up a brand new album. Marshall Mathers aka Eminem’s new album is expected to drop later this year with recording finishing up right now and live shows being set up as we speak. The “8 Mile” star could be lining up U.S. dates to promote his 2013 album. Are you ready Eminem fans?

Billboard spoke to Shady President Paul Rosenberg back in February who revealed a number of interesting tidbits involving Slim Shady. Among them is a post Memorial Day album and the re-launch of ShadyRecords.com. When discussing Eminem’s 2013 plans, Rosenberg told Billboard, “We fully expect to be releasing a new Eminem album in 2013. He’s been working on it for some time… It’s safe to say that it will be post-Memorial Day at some point, but we’re not exactly sure when. We’ve got some dates locked in for him to perform live in Europe in August, so we’re trying to see what else lines up.”

Besides an eighth studio album, it also looks like Eminem’s Shady brand is growing. When discussing the brand’s website Rosenberg said, “With all the talent that we have on this label and all the material that we created, there’s no reason that we shouldn’t be able to provide a rich online experience for people that goes beyond people just checking in on when a new song or video is released.” What once looked like a low profile 2013, will now become a big year for Eminem.

The latest news surrounds Dr. Dre, who was interviewed by Power 106, where he revealed that Eminem is putting the finishing touches on his latest album. Dr. Dre told Power 106, “Em is finishing up his project…And for me, I’ve just gotten inspired to go back in the studio, so I’m really just having fun with life and having fun being creative and just trying some new and different things with myself.”

Are you excited to hear Slim Shady’s latest album? Sound off below in our comments section.

Listen to the video below for the Power 106 interview with Dr. Dre.

The first single from Bonedad’s up coming album “The Go Get Her” Shot and Edited by J.Delaney for 253Media

for all inquiries send email to 2five3media@gmail.com 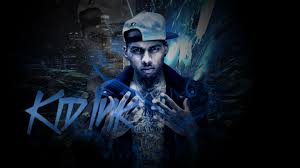 rtist made his way to his VIP table located next to the DJ booth, shaking hands with his fans along the way. Before his performance, the up-and-coming artist settled in with his entourage and took in the energy of the mega-club cheering his name.

Nearing 2 a.m., all eyes were on hip-hop’s newest contender as he took center stage to kick-off his performance. The crowd cheered as he began his set with one of his most popular songs “Blackout.” The Los Angeles-based prodigy gave his admirers the ultimate mini-concert as he made his way to each side of the main stage, performing his chart-toppers “Hell & Back” and “Loaded.” During his performance, the grateful rapper took a moment to dedicate his final song to his fans, asking partygoers to put their drinks up and saying, “Live every day as if it was your last, let’s get to it LAX,” as he concluded his performance with his most well-known single, “ Time of Your Life.”  Working all angles of the stage, Kid Ink hopped onto the railing located steps away from his VIP booth to acknowledge clubgoers in the rafters taking in a bird’s eye view from the second level.

Accompanied by his personal mix master DJ Tech, the duo kept the beats pumping and the crowd on their feet throughout the performance. The rapping sensation spent the rest of his evening signing autographs and mingling with his star-struck followers. With more than 60 million hits on YouTube, Kid Ink has quickly made his mark in the cyber world as well as making a lasting impression tonight with his debut at LAX Nightclub.

Before he was murdered, Gandy Kaydea, also known as Young Shad, was trying to get his GED and make a career out of music.

“He’s still very much alive in our head, the smile he had, the argumentation sometimes he had, the leadership quality he had,” Teny Gross at the “Institute for the Study and Practice of Non Violence” in Providence told ABC6.

Kaydea had one test left before getting his GED and his music aspirations had garnered him several thousand followers on YouTube.